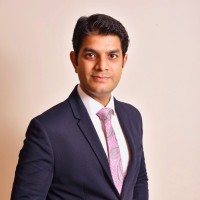 There’s not a day when we don’t witness a big, impactful security incident that makes to the headlines. Many of them are global in scale and create ripples that are far-reaching. There seems to be a perennial battle between the attackers and defenders. Defenders, on one hand are trying everything to secure the increasing attack surface and airtight their data assets, the attackers are no less smart in their techniques to find vulnerabilities and exploit them.

Trend Micro, recently surveyed over 6000 IT and business decision makers across 29 countries to compile a study, which revealed that almost three-quarters (73%) of global organisations are worried about their growing attack surface. Over a third (37%) said it is “constantly evolving and messy,” with only half (51%) able to fully define its extent. Over two-fifths (43%) of respondents went further, admitting the digital attack surface is “spiralling out of control.” (see the infographic below)

According to this study, visibility challenges appear to be the main reason organisations are struggling to manage and understand cyber risk in these environments. Approximately 62% respondents said they have blind spots that hamper security, with cloud environments cited as the most opaque.

During the beginning of this month, Rahul Neel Mani of DynamicCISO, spoke to Vijendra Katiyar, Country Manager, India & SAARC, Trend Micro on how the industry is preparing to counter the rising number of threats and how the company is placing heavy bets on Trend Micro One, a unified cybersecurity platform with a growing list of ecosystem technology partners that enables organisations to better understand, communicate, and lower their cyber risk.

Listen to this interview where Vijendra talks about: