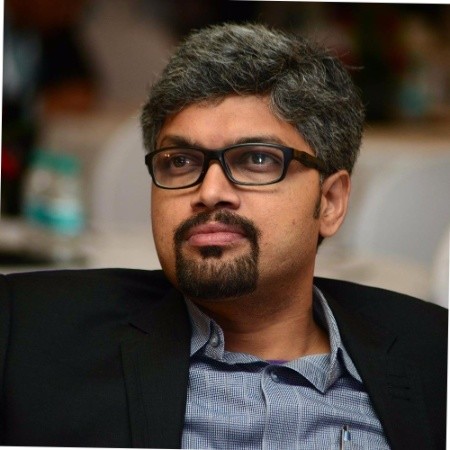 He is the Global Security Governance Head for one of the world’s largest companies by market capitalization – spanning across e-commerce, cloud computing, digital streaming, and artificial intelligence. The position comes with an influence as well as responsibility of a tall magnitude.

However, as the former CISO of Digital India under Ministry of Home Affairs, Government of India and UIDAI (Unique Identification Authority of India) before that, Dr. Rudra Murthy KG is no stranger to undertaking responsibilities of the highest order.

Targeted towards bringing to reality the vision to transform India into a digitally empowered society and knowledge economy, Digital India was launched in 2015. Associated with the program right from its launch, Dr. Murthy was instrumental in ensuring the program is able to drive digital empowerment for the next phase of country’s growth and development in a secure manner.

The accelerated adoption of digital at nation level also brings with it concerns around heightened vulnerability and exposure to threat vectors. Considering the massive scale of the program covering multiple Government Ministries and Departments, a cyberattack targeting the program can not only bring the governance machinery down but also impact billions of citizens. Thus, making the role of CISO for Digital India one of the most coveted as well as challenging positions.

During his over two years stint as the CISO of Digital India, Dr. Murthy carried out this role with great success and was instrumental in laying a strong security foundation to build the program on. A Chevening Fellow, he was responsible for developing, budgeting, implementing and operating National Emergency Response System(NERS-112), Cyber Crime Prevention against Women and Children(CCPWC), Indian Cyber Crime Coordination Centre(I4C) programs.

Prior to Digital India, Dr. Murthy was the CISO for one of India’s leading e-Governance programs, UIDAI. In this position he was responsible to establish cybersecurity framework  and practices for Aadhaar – world’s largest biometric based 12 digit unique identity project.

Amazon decided to leverage Dr. Murthy’s leadership skills in management of large teams and complex programs when they hired him as the CISO for Amazon Pay India. Two years into this role, he successfully paved the way to his current role as Global Security Governance Head of Amazon.

During his career spanning almost two decades, Dr. Murthy has worked with leading organizations like Avaya, Mphasis, IBM and Aujas Networks in multiple leadership roles across the globe. He is a frequent speaker in various national as well as international security forums and a much sought after expert on cybersecurity matters.